Snoweezy who featured Bella Shmurda in his hit single, Somebodi, said; “if the opportunity comes, I’d love to feature Mayorkun on one of my songs because currently in Nigeria, any song Mayorkun jumps on is a hit”.

The Afro-Versa singer described his childhood thus; “Growing up wasn’t easy because my dad was an average Nigerian man trying his best to educate 7 of his children and this has impacted my musical career in a positive way because if you know where you are coming from and where you are going, it would be hard for you to give up easily on your dreams, you’ll want to work harder”.

When asked why his music genre is special, he stated; “Afro-Versa means Afro Versatility. Afro-Versa consists mostly of African sounds.

SEE ALSO:   You’re A Fool If You Think I Mocked Pastor Adeboye Vector Reacts After Getting Dragged

“The way in which I deliver my music, my style of creativity and the way I relate with people distinguishes me a lot from other artistes”.

“I didn’t study anything related to music. I have always loved music since I was a little boy, aged 9.

“I could remember me joining the school cultural dancers not because I can dance but for the love of cultural music and sounds which has influence my music in one way or the other.

“Inspiration comes spiritually, it just comes in a way I can’t explain.

“My turning moment was when I released my debut EP, IMPERFECTION, last year and I did a listening party for the first time ever in my career. 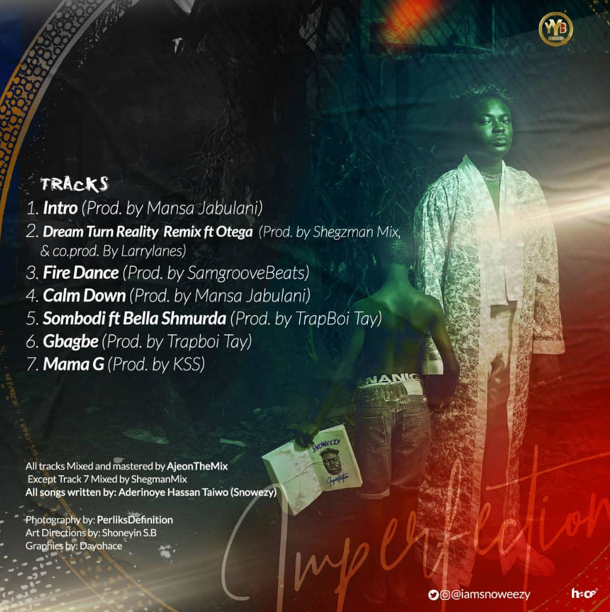 “The turn up and love was awesome, since that day, I knew I could always do better than yesterday”.

“Music is life, music is the weapon, music makes the world more fun,” Snoweezy said, while smiling, describing his love for music.

But when asked if he would quit music for a reward of $250 million, Snoweezy replied; “since it’s just to stop music as a career, it’s not a big deal.

“I’d stop music as a career to get the $250 million but I had still be around the entertainment industry.”

His father who is a teacher according to him does not want him to venture into music but he noticed his zeal and passion, and then had no other choice than to give his full support.

“there were many times I felt like giving up. Anytime I am in this kind of feeling, I’d just listen to healing music from Brymo and the likes and also read some books to light up myself”.

Narrating his studio experience with Bella Shmurda, Snooweezy said, “We recorded Sombodi in January 2020 and Bella was a cool guy at the studio while we were recording.

“I love his vibes and all, but things went south after we recorded the song. He was expected to show up for the video shoot but he didn’t and also, he did nothing on his end to promote the audio.

“I think that was due to the misunderstanding between him and the agency that connected us. But then all thanks to God, because the acceptance of SOMBODI was massive and awesome”. 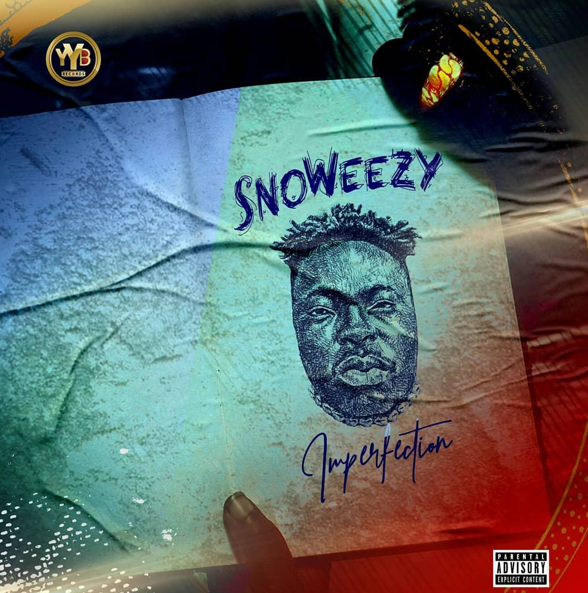